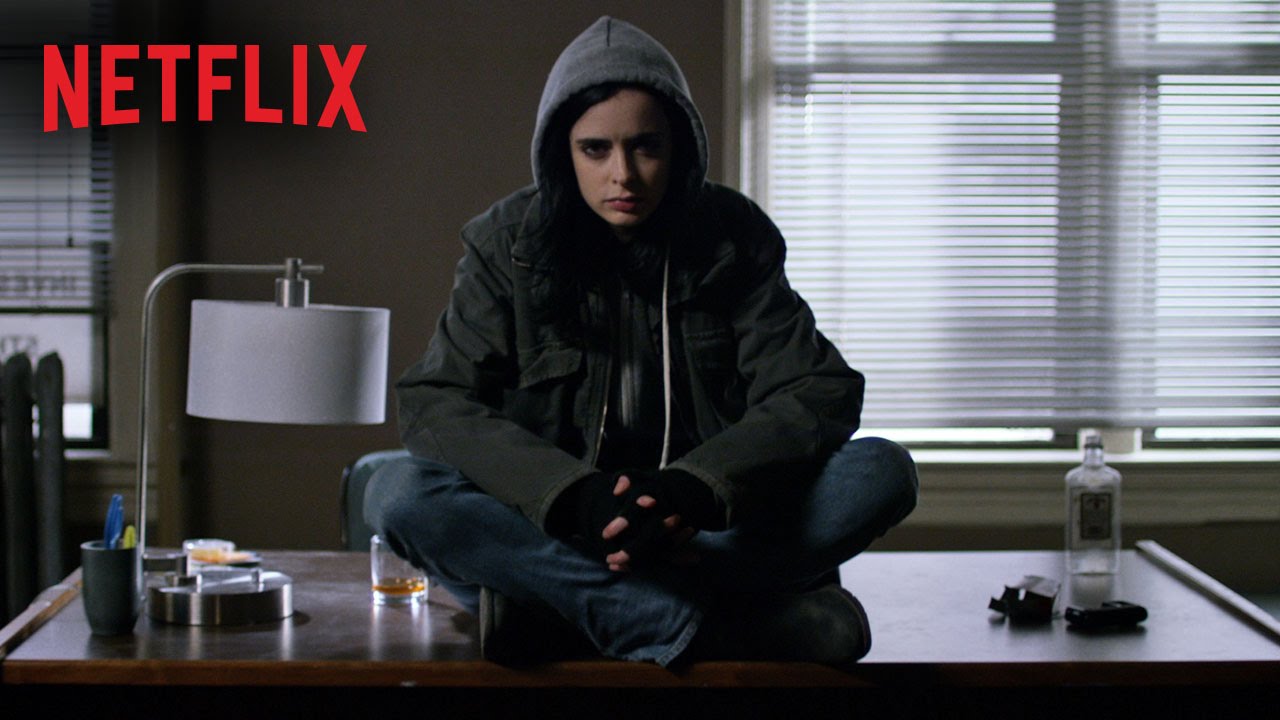 I love British television. For everything we consider prim and proper about the Brits, their shows are epically dark and complex in a way that us Americans can only try to emulate (we tend to forget that they, you know, ruled the world for two hundred years). Along the likes of Black Mirror and Broadchurch, Luther is a perfect example of the quality of despair that is being produced across the pond. I have many times felt plain stupid when explaining Luther to someone: a detective with an anger issue hunts down serial killers and rapists in London. Sounds… fine? Why are you telling me this? But Luther explores depths of human depravity, and does a fantastic job trying to understand the motives, to an extent far beyond what the tag line lets on. The crimes are terrifying, and the show is unflinching in its pursuit of its tone. And of course, Idris Elba is towering in the titular role and embodies the anti-hero to a tee (Idris was one Golden Globe nomination short of the record number in one year, earning noms for both Beasts of No Nation and Luther). As much as I would love Idris as the next James Bond, he may just be too good for the part. Its literally and figuratively below him. The flaws of Season 4 of Luther lie entirely in comparison to its previous episodes; the killer isn’t explored as well, and it lasts only two episodes.

Here are the Brits yet again, this time putting American sci-fi to shame. Humans is a deeply complex yet entirely accessible series that American audiences should have no problem embracing (well, they already did by AMC picking up the show). Human synthetics, cyborgs if you will, are ubiquitous in this present day London, taking on the menial jobs (garbage pickup, maids, nannies) previously filled by the unskilled; think A.I. without the ridiculous steam punk. The result, beyond the obvious “the robots took our jobs!” dynamic, is a complete submission to not if you will buy a synthetic, but when? And for what purpose, at what point will unskilled politicians or generals be replaced by the hyper efficient machines? Humans brings these oft tread ideas to the forefront, but takes it for a twist. Anita (played by Gemma Chan, would is astonishingly convincing as a robot) is purchased by the Hawkins family to do housework, but deep within her root code lies the makings of consciousness. She is thinking and feeling like a human, but imprisoned within her own programming by the company that made her. Meanwhile, other aware synthetics roam the world, hiding in forests, posing as normal robots, fighting in gladiator “synth pits”, trying to find other like them to form a family. What the world fears is that they are forming a revolution. Humans chugs along at a frantic pace but never sacrifices its deep reflection on the meaning of creations made in our image. It is thrilling and contemplative all in the same breath.

As the “war on terror” has become increasingly vague and frustrating, so too has Homeland (wow, what a stretch comparison right there). We previewed an exciting season in October, but Homeland failed to reach the bar it has set for itself over the years. Moving this season to Germany, Carrie Matheson and Co. chased and outsmarted baddies for sure, but the direction of the story could not make up its mind. Juggling a Russian sleeper agent plot, a potential ISIS attack, and the equivalent of Showtime Wikileaks, Homeland struggled to sew its many threads into a coherent piece. It had its highs for sure (Quinn’s kill box had a Homeland signature “whaaaaaaat” moment, and Miranda Otto was a shining beacon of hope for the season), but they were too little too late. Season 5 failed to live up to its own expectations.

Bless Netflix for finally doing what we were all thinking: for God’s sake, can we have a rated-R superhero? And who better to lead the charge than Drew Goddard, the man behind the excellent The Cabin In The Woods? Equipped with a heavy dose of darkness a la The Dark Knight (with a healthy dose of humor to boot), Daredevil is a refreshing entry into the Marvel library. The fights are bruised and bloody and are choreographed better than Marvel’s multimillion dollar flagships. The below tracking shot alone is enough to rocket any show up this list. Beyond its adult quality, Daredevil also brings a much needed swig of reality to the superhero universe. Matt Murdock is constantly nursing his wounds and tries to learn from the many mistakes he makes along the way. Its hard not to love a superhero origin story (they’re usually the best ones anyway), so we can only hope that Season 2  (coming March 18, 2016) can buck the trend of bad sequels. Except for The Dark Knight, because, well, The Dark Knight.

Already reviewed in-depth during our Fall TV preview, The Leftovers was the pleasant surprise of 2015. It took an enormous leap of faith (or tremendous curiosity) to return after Season 1, but we were rewarded for our patience. Damon Lindelof learned from the many depressing mistakes of the first go-around and righted the ship, moving the entire series to a new town (sunny Texas instead of drab upstate New York) and introducing new characters with sorely missing love and passion (The Murphy’s). It seems that The Leftovers will finally live up to its potential as a contemplative and interesting take on the apocalypse. But what is most welcoming with Season 2 is perhaps its most simple addition: a happy ending.

Though missing the same production quality (and fight quality) as its predecessor Daredevil, Jessica Jones succeeds on whole different levels thanks to it tremendous actors and compelling story. Frustrated superhero turned private investigator, Jessica Jones (Krysten Ritter) is a realistic, grounded superhero with more flaws than powers. Her deeply grounded personal issues and unexaggerated powers makes her assuredly relatable in a way that virtually no other superhero piece has done in years. She’s mean, aggressive, selfish, and blinded by emotions; exactly what is needed to pull Marvel back from the brink of Avengers-style story telling (un-relatable characters and big explosions). David Tennant as the villain, Kilgrave, is equally stellar (his work on this and Broadchurch showcase his immense range outside of Dr Who). Kilgrave is terrifying not only due to his power (mind-control, essentially), but because of how unhinged he has become over his obsession with Jessica Jones. Both are equally petty, selfish, and dangerous to themselves than others. At times its hard to distinguish who is exactly the villain (Kilgrave and Jessica are both in a way driven by love). There is of course one defining difference: one kills, the other does not. And that is ultimately separates the superheroes from the super-villains. Jessica Jones is for sure the standard for superhero television. Another thing that’s for sure, its about damn time for a Wonderwoman movie. The hell are they waiting for?